Comics Unmasked – Art and Anarchy in the UK

Comics will be the culture of the year 3792 – Salvador Dalí 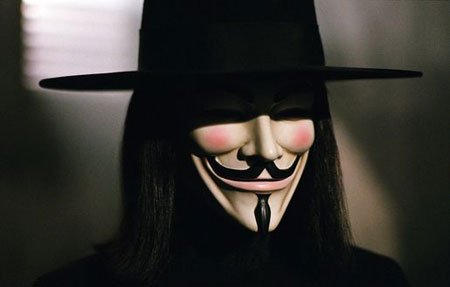 It may not be quite 3792, but comics seem to be having a moment. The current Comics Unmasked – Art and Anarchy in the UK exhibition at the British Library (London) highlights the long history and the sheer variety of this medium. A stated aim of the exhibition is to surprise audiences with what comics can do. The eclectic collection manages to do just that. The exhibition presents comics as a legitimate art form which, as well as being entertaining, deals with weighty issues. It suggests that there is something seditious about this unique form, which uses sequential pictures to tell stories.

According to the curators, who have put together a collection focusing solely on British comics, this is the perfect medium to produce dissent. Going through the exhibition, the strategic placing of mannequins wearing V for Vendetta Guy Fawkes masks is an explicit attempt to reinforce this notion. With their hats, hoodies, combats and DM boots, these mannequins are dressed for disruption, the iconic image of the mask that permeates every protest adding to the atmosphere of the exhibition.   It is not surprising that the majority of them congregate silently around the ‘Politics: Power and the People’ section of the exhibition. Here the very real power of comics as a cultural product can be seen. For me, this, along with section on autobiographical and non-fiction comics (To See Ourselves) offered the best round up of what the medium is capable of. Here, along with the important V for Vendetta, the variety of organisations, from far right to extreme left, who have long understood the power of comics to inform and persuade is neatly revealed with the placing of a National Front Comic from 1981 telling white youths what their rights are, right next to a copy of Marvelman fighting the Ku Klux Klan. The unique position of comics to fly under the radar was noted at a talk with the curators who used to the example of Crisis, a political comic from the late 1980s, being available in South Africa during the apartheid years despite having work in it critical of the situation. While other material was stopped from entering the country, comics, based in the idea that they are silly and for children, took advantage of this outsider status thus ensuring the anti-apartheid message was getting in. 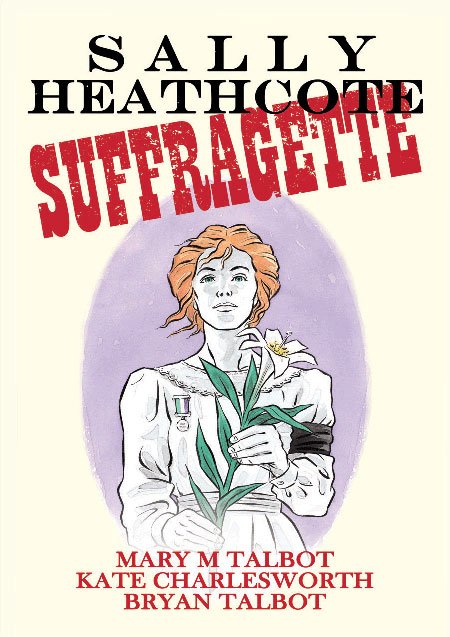 Thankfully women in comics are not neglected. An original 1913 poster from the Suffrage Atelier hangs right beside pages from the recent Sally Heathcote: Suffragette graphic novel by Mary Talbot, Kate Charlesworth and Brian Talbot. As a fan of Beryl the Peril (and indeed Minnie the Minx having grown up with The Beano and The Dandy) I was delighted to see she had her space in the exhibition, and her contribution in paving the way for modern female anti-heroes such as Tank Girl acknowledged. Female comic creators have, again thankfully, not been overlooked in the exhibition either and in fact, a considerable number of the comics on display in the Let’s Talk About Sex section have been created by women.

There are far too many items on display to discuss them individually. Suffice to say that the exhibition generally lives up to its aims – it is intriguing and surprising, with comics depicting slapstick comedy to violence, dissent, stereotypes and political movements, superheroes and penny dreadfuls all on display. Anyone with even a slight interest, or potential interest, should pay a visit. The exhibition is as much a social history as it is comics display. The exhibition has been organized carefully, with information kept to a minimum, letting the works on display speak for themselves. The fact that a cultural organization has shown this work such a level of respect is significant. The curators have done a fantastic job in showcasing the power and diversity of comics, and have hopefully (as another one of their aims states) stimulated ‘creative disobedience and thrown down the gauntlet to young creators.’

Orla Lehane is currently working towards a PhD in Dublin City University. She is researching popular culture in international relations  specifically the use of comics and animation in this area. Before going back to school she enjoyed working at Fighting Words for a number of years. She suffers acutely from Fernweh and likes shoes, a lot. She occasionally tweets here @orlita

Could the Whole Stars Wars Franchise have been Made in Kerry?

‘Tender and tough, Audacious and Fluid’: The Wild Laughter