Books Can Save Your Life: How James Joyce’s Ulysses has utterly changed mine.

I first heard about ‘paralysis’ and ‘epiphany‘ as a  student in secondary school. Those words echoed around my mind, enveloped in a veil of mystery. It was my English teacher who talked to us about Ulysses – a massive book set on a unique day recording every single thought in the minds of its protagonists. I still remember turning toward my classmate and saying: “Not a chance. I’ll never read it.” I think it was more out of the effort of engaging with a work so weighty and complex in its design than anything else. I didn’t even begin the extract from Molly Bloom’s soliloquy we were advised to read. 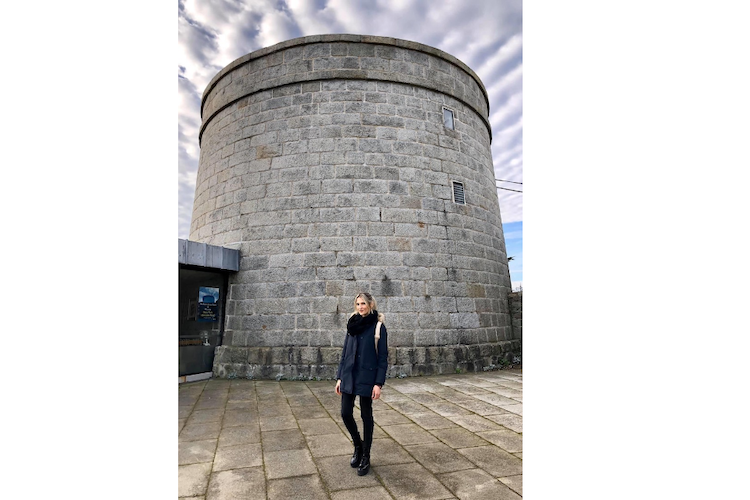 Some time later, during my M.A, I bumped into Joyce again. My lecturer – a certain John McCourt – said that as part of his English Literature course students would read Ulysses. I couldn’t believe my ears. “Jesus,” I thought. “Joyce again.” Yet one afternoon, more out of necessity rather than interest, I sat on my bed and started reading the first chapter. To my surprise, I found myself dragged quickly into its sprawling world. Unorthodox, as much in its form as in its content. There was in Joyce such an authenticity, a desire for remaining truthful to himself, to his nature, even at the risk of nauseating his readers and disappointing their expectations. Most of all, I was struck by his caustic irony. His sarcastic attacks on the Ireland of that time set my mind on fire. The image of Buck Mulligan mimicking the Catholic Mass from the stairhead in the Martello Tower stayed with me for days.

Stately, plump Buck Mulligan came from the stairhead, bearing a bowl of lather on which a mirror and a razor lay crossed. A yellow dressinggown, ungirdled, was sustained gently behind him on the mild morning air. He held the bowl aloft and intoned:

That first reading of Ulysses took me seven months. I’d be a liar to say it was an easy reading. More than once I had to read the same passage over and over. Yet the more I found out about Joyce, the more I wanted to know. In particular, I was intrigued by his ambivalent relationship with his faith. I wondered how someone could reject a religion while remaining attracted and, somehow, attached to it. I began searching for information about it online. Most websites referred to A Portrait of the Artist as a Young Man, a book I soon consumed. While reading it I realised I was, in a sense, reading the story of my own life. Like Stephen Dedalus (and Joyce), I came from a practising Catholic family, and because of my rebellious nature, I was struggling with the social and religious nets which were keeping me bridled. I decided to write my M.A thesis about Joyce’s controversial relationship with the Catholic Church. The thesis later earned me a prize of 1000 euros from UAAR (the Union of Rationalist Atheists and Agnostics) and was published on their website. The most precious award was, however, the greater self-awareness I gained from those months of researching and readings. Examining Joyce’s attitude towards his faith allowed me to shed light on my own. No matter how hard you try, it is almost impossible to eradicate your Catholic roots. Therefore, I made peace with my Catholic background and finally embraced a spirituality free from restrictions and threats of punishment. 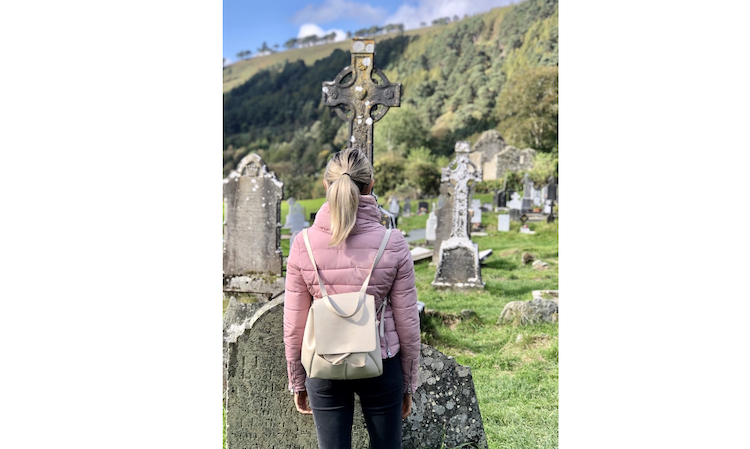 After receiving my M.A, I decided to pursue further postgraduate studies on Joyce and religion. Unfortunately (or, perhaps, luckily), everything – or almost everything – had already been written about it. As a result, I began asking myself what it was about Joyce that impacted me so profoundly. Was it worth dedicating four years of my life to a writer about whom so much had already been written? Why did I love this author so much? I joined a Facebook group for Joyce fans and asked if there were any Irish writers who considered Joyce as a model for religious emancipation, as he did for me. Among the names provided I was surprised that only one female author was mentioned: Edna O’Brien. I found out she was deeply grateful to Joyce whose works drove her to embrace her career as a writer. Some days later, while waiting for my turn at the hairdresser’s, I found a copy of The Country Girls and took it home with me. Although today it is deemed a classic, sixty years ago that novel had wreaked havoc on conservative and patriarchal Ireland, stirring the ire of an entire country. The thing that amazed me most, however, was the fact it was a woman who had caused such controversy. Moreover, O’Brien reminded me of my rural roots. She wrote about Western Ireland, a reality I found myself powerfully relating to, since my family is from a rural area in Southern Italy. The provincial mentality she described in her books, a world made of hypocrisy and social appearances, was nothing new for me. 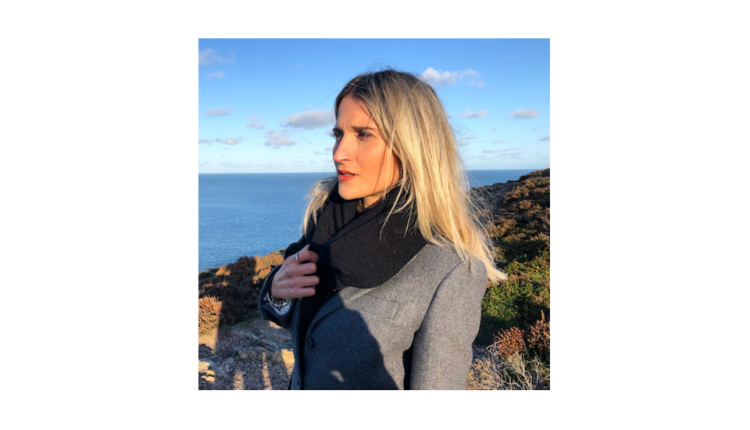 I gave up on the idea of further researching the religious aspects of Joyce’s work and fervently sought out the female Irish authors who had followed the path O’Brien had cleared for them. I started reading Kate O’Brien, Anne Enright and Eimear McBride. Some of their books were translated into Italian. As with Edna O’Brien, Joyce’s work had a great impact on Baileys prize winner Eimear McBride’s life and career: “I don’t think it is an exaggeration to say the entire course of my life had changed”, she stated in 2014 about reading Ulysses. I realised there were – and continued to be – many Irish women writers who have been inspired by Joyce, although very few critics have engaged with this area of Joyce studies, preferring instead to focus on his influence on male subsequent literature. With this in my mind, I wrote my research proposal and applied for a doctoral scholarship in DCU, which I won. Currently, I’m researching Joyce’s legacies in contemporary Irish women’s writing.

I dream of becoming a lecturer one day. Why not? A writer as well. Since moving to Ireland, I have started writing fiction, both in Italian and English. I enjoy writing about contemporary society. In the wake of Joyce, I like the idea of providing people with a mirror through which they can see themselves as they actually are. When I left Italy I was fed up with my country and its people. I thought things worked better abroad. Like Joyce, I was convinced “real adventures […] [did] not happen to people who remain at home: they [had to] be sought abroad.” Although I had been meeting nice people and having great fun in Dublin, I soon acknowledged that certain things were the same wherever I went. After all, corruption, envy, sexism – just to mention a few – concern each of us, whoever and wherever we are. It is not so much a question of place as of society.

Literature may not be literally necessary for survival, but it can for sure make sense of events, the world and life itself. I’ve embarked on a similar path to Joyce’s. After his university studies (Joyce studied modern languages like me), he left Ireland and settled in Europe – in Trieste and Rome, as well as in Pula, Paris and Zurich. I left Italy to pursue my dream in Dublin, his birth city. Everything I had read and imagined so far finally took shape before my eyes. I soon realised that reading Joyce without knowing Dublin was an incomplete experience, a halfway journey. Today I can only feel blessed as I have the opportunity to live in the city which inspired perhaps the greatest literary achievement of all. Everything around me reminds me of Joyce. I walk by Sweny’s and imagine Leopold Bloom purchasing a bar of lemon soap or I go for fish and chips with my friends in Howth and end up fantasising about Molly saying “Yes”. As an Italian song says, sometimes you can die at 20 even if you live to 100. At 22, Joyce left Ireland to accomplish his destiny on the continent. At 25, I moved to Ireland to accomplish mine.

Annalisa Mastronardi is from Rome. She received an undergraduate degree in Languages and Foreign Cultures from Roma Tre University in 2016 and completed her M.A in Literatures and Intercultural Translation in 2018. In 2019, she moved to Dublin where she is pursuing a PhD on James Joyce’s legacy in contemporary Irish women’s writing in DCU. She also writes fiction.

Crimeland | The Death of Judith Barsi with Fred Cooke