Helen Oyeyemi’s new collection of short stories is a tricky one, as twists and turns recur throughout. Monste, for instance, is a compelling character. She is a child adopted by an order of Benedictine monks after being abandoned on their doorstep. Unfortunately, the story in question is not about Monste, as we soon learn of the romance between a painter and a childhood friend. Was her story a vignette to provide context for the main narrative event? Will she reappear later on, in this story, or the next?

Demands are made of the reader as one scenario morphs into another or our point of view is shifted. Oyeyemi uses a range of different modes of storytelling, as fables appear alongside stories about more modern relationship trouble. However, the boundaries between these different modes are not clearly defined. In one story a woman limps from a mountainside encounter with a talking wolf, only to report to the emergency room at her local hospital. In another, a more domestic family drama is resolved by way of witchcraft.

At times, it seems certain circumstances force themselves into the foreground, perhaps in spite of the intentions of the person telling the story. An initially ambiguous character, with a job in a sinister weight loss clinic and a bizarre connection to a reclusive music producer, is also a loving stepfather to two teenage girls. These digressions lead the reader to interrogate the relationship between the stories they are being told and reality. 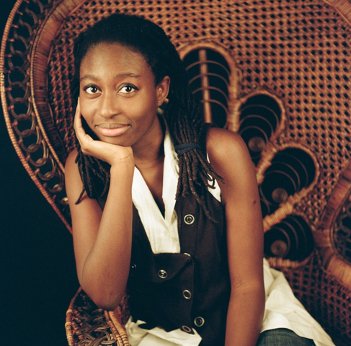 Rather than just unreliable narrators, however, we are treated to a range of different narrative styles. The first section of one piece is told by Rabia, a girl hoping to gain admission to a school of puppetry to impress the elusive Myrna. It becomes difficult to differentiate puppets and their performers in the second, where Geppetta, a puppet Rabia is given during her audition, tells us about Myrna’s childhood and the appearance of Rowan, a puppet-like human in the class.

Elsewhere, We are told a tale of apparently medieval tyranny with political and economic undertones in the third person, only for the conclusion to rest on the emotional state of the tyrant’s daughter, who by chance holds the key to our hero’s cell. It appears that there are stories within other stories, or stories running in parallel that deftly interrupt the one we are initially being told.

The presence of multiple interlinked narratives, with new stories temporarily appearing at fringes, hints at the chaotic reality of competing narratives. This blending of narrative and reality is developed further by the reappearance of characters in other stories in the collection. Our music producer friend Ched, appears again as a young man attempts to break up his new relationship with Tyche, another character we have met before. Ched’s celibacy in cause for concern in his first appearance, does this cast the judgement of our sexually frustrated narrator in a new light?

Narrative tricks aside, the situations characters find themselves in are rich and diverse, though it can be difficult to work out where and when events are taking place, and exactly who these characters are. These details emerge gradually, if at all, but rather than alienating the reader, the stories are always engaging. For Dayang, a Cambridge student applying to join a semi secret society for women, a member of the rival, all male Bettencourt Society is attractive precisely because of his “dark, delicious, fluid” appearance. He is, by definition, changeable.

Helen Oyeyemi’s stories have a similar hold over the reader: our assumptions about time, place and identity are simultaneously accommodated and challenged. While some may find a lack of exposition frustrating, or read the collection as a series of experiments in narrative form, there is a lot on offer for a patient reader, perhaps willing to except the entire meaning may never be theirs.

Conor writes and interviews people about books and storytelling. He grew up in Cork where a piece on the view from his bathroom window made it into his school yearbook. He studied English at Trinity and now works as Literature Editor for Headstuff. Spin him a yarn at [email protected]