A.M. Juster is an impressive poet by any measure. He has enough awards to bury you in, enough published books to build an exotic poetry tower and is a graduate of both Yale and Harvard, with two honorary doctorates. He has translated and published numerous works and has even lectured formal poetry at Emerson College. Keeping all this in mind, it’s a wonder he had time to sit down and delve into an interview or bother with being down to earth. But A. M. Juster turned out to be humble, full of advice, humour and an inspiring love for the work he does. Here’s what he had to say about all things poetic…

Can you tell us about the person behind the poet? What got you started in poetry and how has this journey been so far? 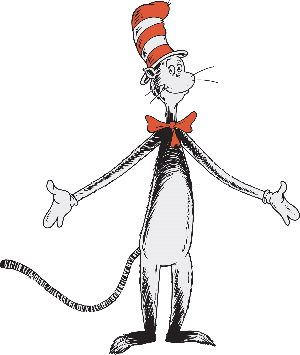 My mother read poetry to me when I was young—A.A. Milne, Dr. Seuss, nursery rhymes. I won an Arbor Day contest in the third grade and had a tree poem published in the local paper. In the fifth grade, I was accused of plagiarism because my teacher thought a poem I had written was too good for someone my age, but I defended myself by pulling a Civil War book off her shelf and showing her my sources. From that point on, she enthusiastically encouraged my writing.

I wrote a ton of poetry through college, but received discouraging counsel from poet/translator F.D. Reeve at Yale and stopped writing for about a decade. I began reading contemporary formal verse in my thirties and decided to teach myself how to write in that out-of-fashion way. I started translating poetry as an exercise to improve my skills as a formal poet, but soon I fell in love with the difficult challenge of rendering wonderful verse in other languages into English verse.

This is a monumental amount of work. Where do you find the time to write so many books?

I don’t play golf or fantasy games, I rarely watch television, and I avoid Facebook

I was a late bloomer as a poet—I was in my mid-thirties when I started publishing poems and in my mid-forties when I published my first book—so I write with a sense of urgency infused with regret about lost time and I try to avoid other distractions. I have had a happy and settled romantic life since a few days after I turned eighteen. I don’t play golf or fantasy games, I rarely watch television, and I avoid Facebook, LinkedIn, Instagram and most time-draining activities of marginal value.

As for my scholarly commentaries, they wouldn’t have been possible ten years ago. I live Borges’ dream by having an immense library of obscure books at my fingertips. I can access computer data bases to do philological analyses that simply wouldn’t have possible before the Internet.

Are you a big social media head? Do you feel it helps you promote your work or distracts you?

I reluctantly dipped my toe into Twitter (@amjuster) a year ago, and I like its concision and reach. I am not an academic or a networker, so it exposed me to a small but interesting group of poets and scholars. I try to discipline myself from spending too much time on it so it doesn’t displace the hard work of writing. Otherwise, I don’t use social media, a laptop, or an I-phone.

I notice the difference of tones between your three books—one heavily academic, then a light jokey collection, and then something more reflective. Can you tell me a little bit about that? How do you switch between voices? Is it seamless or do you spend a stint of time in one tone before moving to the next?

One of the great things about translating poetry written by a wide range of authors from a wide range of traditions is that it forces me to say things I would never say on my own—and to say them in ways that I wouldn’t do on my own. Immersion in the work of others expands both my toolkit and my sense of the occasions for poetry.

For me it is similar to what sculptors say about “taking what the stone gives you.” I’ll often start working systematically on a translation for two to three hours in the quiet of the early morning, and then see what the world gives me later in the day.

I’m always interested in who it is that other poets read. Who would you mark as your influences?

While I have a lot of voices rattling around in my brain from my teenage years—with Whitman, Plath, Creeley and Eliot probably being the loudest—when I reinvented myself in my thirties I absorbed a lot from contemporary formalism. From the UK Philip Larkin and Wendy Cope were huge influences, and I devoured the works of American poets Richard Wilbur, X.J. Kennedy, Rhina Espaillat and Dana Gioia. You can probably also hear a few echoes of Horace, Jonathan Swift, and Auden.

I read poetry from all over the world and translate from a variety of languages; I am particularly fascinated by traditional Chinese lyric poetry, which is usually translated horribly due to the toxic influence of Ezra Pound. I translate mostly from the Romance languages, but I have been teaching myself Middle Welsh and won the Willis Barnstone Translation Prize this year for a translation of a marvelous Welsh poem by Gwerful Mechain. Her work is undeservedly largely unread, and it is  a thrill to introduce a great poet to a broader audience.

What do you think is the purpose of your work?

I think the purpose of all work is to try to make the world better for your efforts. With poetry that can mean turning people toward something spiritual, letting them laugh, helping them face their fears, or reminding them about joy.

You can find out more about A.M. Juster by following him on Twitter @amjuster