In the beginning of every year we witness the same phenomenon. Sometimes something worth talking about happens. Here’s a lowdown.

“Blessed be God, at the end of the last year I was in very good health, without any sense of my old pain, but upon taking of cold.” And so began one of the most noted early modern literary diaries of London. Samuel Pepys would later accumulate almost ten years of personal observation on life and politics in London. Around the same day, but a mere 1705 years in advance, the Julian Calendar, of January, February, March etc. fame kicked in, which would later inspire school children with the whole ‘thirty days hath September, April, June, and November…’ rhyme which I’ll not complete as you’ve undoubtedly already done so in your head.

It turns out that the man who this calendar is named after was deified on the same day for his efforts, among which include the conquest of Gaul and the entire dictator rebranding effort after the whole Sulla thing. I’m talking about Julius Caesar of course, and in case you’re completely lost the day in question is January 1/1st/first (hereafter to be referred to as January 1).

Being January 1, a quite brief survey of the history archives will reveal that an awful lot of stuff started on this day, none more so than the start of 2060 years. Before 45BC there was a different calendar with 13 months, but the revamped Julian calendar didn’t really roll out like the Euro changeover suffering its own amendment in 1582 when Pope Gregory XIII saw the necessity for a 0.002% correction – it not being seen as proper for Easter’s alignment with the spring equinox to be absolute. Regardless, the Julian Calendar was the instigator and following a few more centuries, if not millennia, of conquest, pillage, and colonisation the structure would be regarded as the global norm.

We should be grateful as well for another Italian born lad, Lorenzo De Medici, Signor Magnificent himself who championed the renaissance from Florence, and was born on this day in 1449. His support saw the work of Botticelli and Michelangelo receive the patronage they required. Not only was his patronage important, his political skill allowed for a relative peace amongst the city states thus allowing for culture to thrive throughout the Italian peninsula, another key factor in the allowing the Renaissance to effloresce.

While on the subject of birth it should be noted that James III of England and Ireland passed away on this same day in 1766 leading the way for Charles II to take up the deposed crown and lead the Jacobite rebellion in Ireland and Scotland. Many of us will be familiar with the outcome here. Not only this, he is arguably the longest reigning British monarch, except for the whole being deposed thing which we will allow you to research in your own time.

Unfortunately a fair wallop of documented history seems to be lacking particular dates, and much of this may depend on whether or not the Julian calendar was being used, or by the fact that events usually took a while to be reported, and seeing that they lacked things like smartphones and fibre optic cable the process of events seemed to trickle out over a few days, rather than instantly. Life must have been frustrating for those sitting around waiting for such conveniences back then.

Other things that may interest you which January 1 is noted for, or perhaps not are: it is the day when Theodore Roosevelt, 26th president of the United States shook a paltry 8, 513 hands. I don’t know why, nor do I know who counted these, as the Guinness Book of Records only started taking note of humanity’s achievements in 1955, and it wasn’t even published until late August so it deserves little to no mention at this point.

Equally fascinating for the armchair fascinators amongst you will be the fact that on this day in 1922, Vancouver in British Columbia started driving on the right side of the road, or as many perhaps explained back in 1922, the wrong side of the road.

On the global side of things, the following year the USSR was officially unveiled to the rest of the world, and Christiania became Oslo two years later no less. 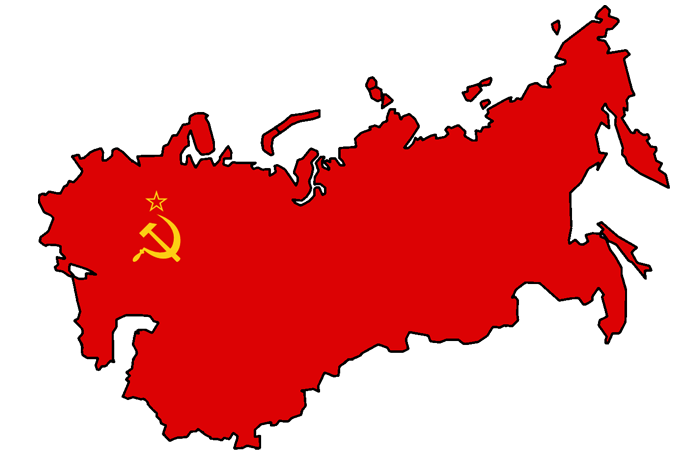 In a grim foreshadow of further atrocities to darken the twentieth century, Nazi Germany signed the ‘law for the prevention of genetically diseased offspring’ into effect. The eugenic policy would later see over 400,000 people chemically sterilised against their will, while close to 300,000 people were euthanized. Not alone in this policy, eugenics was an active policy in the United States, where for example it was deemed legal to sterilise all inmates of some state mental institutions.

Other instances which are of significance are the foundation of the EEC in 1958, and it would be the same day 15 years later that Ireland would be granted entry alongside the UK and Denmark. In the following year, 1959, Cuban dictator Fuglenico Batista fled allowing for Fidel Castro to begin his 49 year reign of the Caribbean island. January 1 also saw the beginning of Ho Chi Minh’s war against France, while Western Samoa, Sudan, Palau, Brunei, and Aruba all celebrated their independence at different points in time (but always on the same date let’s not forget). Worth noting as well, January 1 is the day when the United States and the People’s Republic of China signed diplomatic relations. This happened in 1979.

I suppose it’s worth noting as well that there were more things happening than politics, although it is often politics and such that will be recalled most in history. Perhaps at the time of many events we just didn’t know how important they would turn out to be. Diplomatic relations between China and the US is perhaps something taken for granted today, but it would be brash to suggest that that the European Union is something that does not affect our lives every day.

Away from international politics, significance should be given today to the first mobile phone call in the UK. I’m certain no one at the time imagined that mobile phone usage would overshadow land line usage thirty years later. On the subject of overshadowing, mobile phones would later be dominated by another key event on this same day on the same year, the establishment of the internet’s Domain Name System, or DNS.

What this basically meant was the process of connected websites to people was automated through a simple process where individual URLs were connected to unique IP addresses. The growth of the system triggered the demand, and while those who developed it undoubtedly recognised its necessity for increased web growth, I’m sure if they’d known at the time about people like me rabbiting on incessantly about a day I’ve only experienced X amount of times, and about those cat videos on YouTube, they may have kept it a little cliquier. 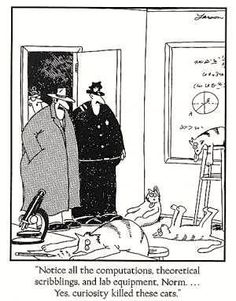 Not to be outdone by politics and a burgeoning global technology industry, the likes of Thomas Jefferson (yes, that one), Aung San Suu Kyi, and Bill Gates all have their wedding anniversary on January 1. More importantly, January 1, 1995 saw the last Far Side cartoon from artist Gary Larson. Granted he probably drew enough to last at least another century of hilarity. The cartoon series was syndicated by 1,900 newspapers worldwide, while he managed to clock up a mean 23 books full of cartoons.

Where was I? Oh yes, the world and January 1. Remember the USSR? Well after exactly 69 years it became Russia. Other things like the European single market (1993), the World Trade Organisation (1995), and European Central Bank (1998) and the Euro the year after all came into operation on January 1. And in the 2000 it was realised that all the panic of the Millennium Bug seemed to be a complete waste of time and money, or were we just so perceptive we prevented the global meltdown expected at the stroke of midnight?

It has been a busy day over the centuries, not least of all because it probably came across as a good idea to do something monumental on the first day of the year. I wouldn’t bet against something else important happening on this day in the future.

Conor O'Reilly is an EFL Teacher, blogger, writer, amatuer photographer, coffee drinker, dad, and day dreamer who is based in Suwon, South Korea. He contributes regularly to the English language media in Korea, and previously was the Chairman of the Irish Association of Korea. He blogs at ifihadaminutetospare.com, tweets from @ConzieSays, and leaves photos from his various adventures on flickr.