This month my sister will embark on a three-year journey at the end of which she will have to take the Nightingale Pledge.

Okay, that’s a pretty bad start because it’s a lie. But if she was studying in America, it would be true. She’s not, so it’s a lie, but it still illustrates the affect that our woman Florence had on the profession. The profession is nursing, this is a terrible article, but I’ll plough on. I believe that’s what Florence would have wanted. My sister is going to study nursing in Edinburgh (which is not in the US). The pledge is a version of the Hippocratic Oath, which is an ancient oath that doctors and assistants and all are supposed to take as a promise that they’ll try to do good work. Which is fair enough. Hippocrates was a man in the 5th century BC. And they used his oath all that time until Flo-Night came along and then they changed it for nurses to something with her name in it. This seems like a huge deal to me. Just imagine you’re a banker (if you are a banker don’t imagine anything). And just say that when you became a banker you had to say a Lydian Oath, or something. Something to whatever civilization you think invented money. Can you imagine how good you’d have to be at your job to get the world to stop saying that Lydian Oath and instead to say an oath to your name? You’d have to be a pretty damn good banker.

This is what Florence Nightingale did with nursing. Not traditionally an occupation one gets famous for doing well. There is generally respect among peers, and love from patients and your name might be well-known in the hospital you work in, but rarely fame. My mother also trained as a nurse (my sister is a copycat), and she was a very good nurse, so good at being a nurse that she kept getting promoted to a level that she’s no longer a nurse. She’s some sort of nurse queen or god or something now. I’d ask her, but I think I got it accurate enough for the purposes of this article. 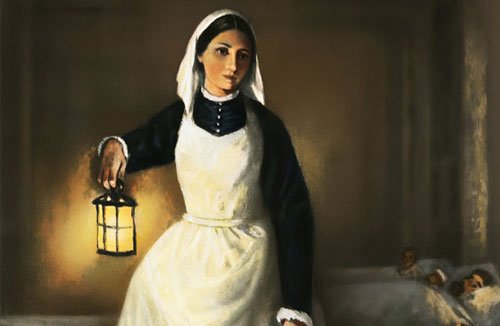 Most people would know Miss Nightingale as ‘The Lady with the Lamp’. This is because of her work with British soldiers in the Crimean war. She was more caring and helpful and lovely than all the other medical staff, so much so that she walked around after her shift with a lamp to tuck people in. Or so the story goes. There’s an argument nowadays that says a lot of this was propaganda, they made a hero out of her for the war effort. It might be. Or it might be that they exaggerated her more modest but still excellent level of awesomeness. Or it might be all true. Either way, it doesn’t matter, with or without that, she’s still an absolute legend. A HeadStuff Legend of the Month, no less.

After the war she changed nursing entirely, and for the better. She wrote copious amounts of books and papers on the subject. Pushed for better hygiene in hospitals in a time when doctors wouldn’t even wash their hands between operating on different patients. She knew that more people were dying from the spread of disease due to a lack of care and hygiene than from their actual wounds. To illustrate this she basically invented the pie chart, well, she popularized it from obscurity and then invented a form of it. The woman knew how to get her point across. All those sexy infographics from the age of information (now) have a lot to thank Flo-Night for. 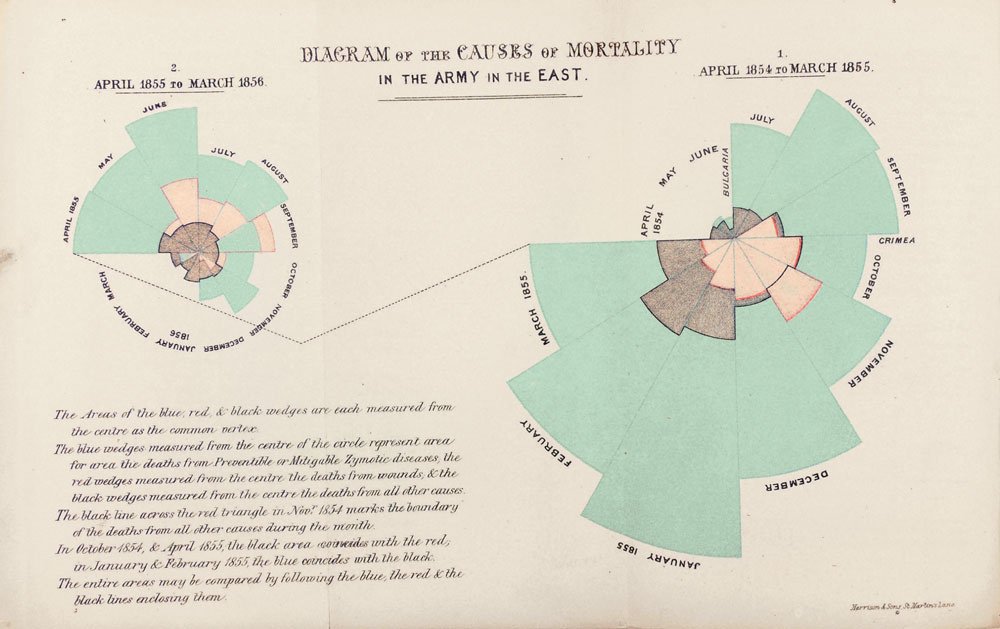 And she did all this when really, in her time, she should just have been ordering servants to feed her babies. What I mean is, she was from a wealthy family, and in those times, the 19th century, aristocratic women didn’t “need” to be educated, and didn’t do anything icky like nursing. She was homeschooled by her father, was good at maths and defied her family’s wishes by becoming a nurse instead of marrying a rich man and spawning a collection of spoiled brats.

She was instrumental in nursing reform, hospital reform, sanitation, applied statistics, she wrote and wrote and wrote and she lived to ninety! She lived until she was ninety and she did most of that living in the 19th century… that’s impressive – wash your hands, kids. She also opened the world’s fist secular hospital, which is super cool. International Nurses Day is celebrated on her birthday. She advocated better healthcare and hunger relief in India. She helped to get rid of prostitution laws that were harsh on women. She wanted more women in the workforce. She was ahead of her time.

This is her actual genuine real life voice. Amazing. Listen.

I think people should read up on her, because I learned about her in school and this is everything I was taught: ‘Florence Nightingale was a nice lady with a lamp. She’s not alive anymore.’ And that’s pretty much it. But she really was much more than that. It’s unfair to her not to know more about her. It’s like if Daniel Day Lewis had done a very popular ad for Huggies when he was five years old and everyone remembered him as the Huggies kid. And he was all like, “Yo, I won three Oscars,” (that’s how he talks in this aside). He’d be all like, “I been Abe Lincoln, Christy Brown-” and we’d all interrupt like, “do the pull-up thing, say Huggggies”.

I know we wouldn’t do that to DDL, so let’s not do it to Florence Nightingale, the absolute legend.

The Biology of Luck | book review